We would love to have you feedback and input to help make SuiteCRM 8 Great for everyone.

SuiteCRM 8 marks our biggest SuiteCRM upgrade to date and we are very excited to be sharing it with you. In the coming months, we will continue to enhance SuiteCRM 8 with new features and issue fixes. For more information regarding this, please see our Road Map which will provide further information on what can be expected from future releases.

If you have found an issue you think we should know about please Submit An Issue. Before raising an issue please be sure to check the Release Notes and list of Known Issues.

If you want to get involved or submit a Fix, fork the repo and when ready please Submit An PR or if your fix is also for SuiteCRM 7 your only need to submit it here - More detail for developers can be found here.

Otherwise we look forward to hearing your thoughts below

Hi there,
starting evaluate SuiteCRM8 and i know, lot of efforts has been done.
Congratulations. 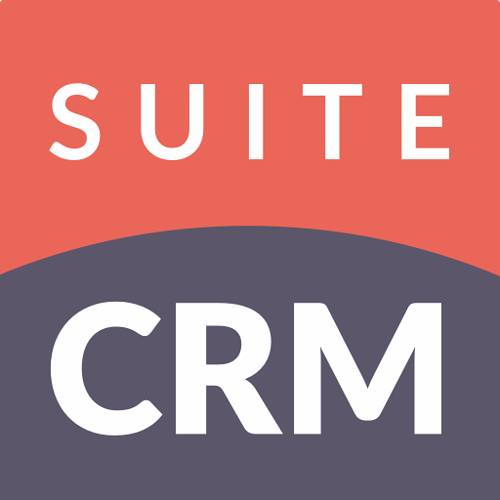 All you need to know to successfully use SuiteCRM as an End-User, Developer or Administrator, plus Community Guidelines and Technical Blog.

i’ve found this:
Adding fields via studio can cause errors

And i can confirm that, when trying to use Studio do create or modify a field i receive the error:
“Failed to Retrieve Data”

which makes Suite8 not very usable due to the fact most of us have lot of customization in place.
My question is: “Does we can have a roadmap about this list of known issues or feature gap in order to schedule when version 8 can be considered by us as Usable?”

I see also a roadmap for version 8.1 but i think that current production stable release should have most of previous features and 2022 can be too long time.

Hope you understand my point of view and gain, congratulation for this goal!

Thanks for your feedback. I’ve raised this internally.

Im Testing the production instance and see some issues.

I will continue testing and send more information,

Thank you for your feedback.

The subpanel issue we noticed shortly after the release and its on our queue.

I’ve raised the other internally.

By the way, would also like to thank you for the feedback given on the Introducción SuiteCRM 8 youtube video.

The Tasks module seems to have a Date/Time field for the Start and End dates.

However, there is also a column for “Due Date” and “Due Time” The “Due Date” field has both the due date and the time, and there is nothing in the “Due Time” column"…

Is this a bug or am I missing something?

Not being able to create activities renders this release useless. Please fix.

I’m trying to create an Opportunities filter that includes all statuses except “Closed - Lost” and “Closed - Won.”

I successfully save the filter, and I can see it in the drop-down, however the filter won’t save if I select more than one sales stage. If I create a filter with just a single stage, for example just “Prospecting” the filter will save with that stage.

Hello Guys, we tested our SuiteCRM 7 modules in SuiteCRM 8 (using compatibility) and so far it is working fine (80% of the time). Now, we are planning to migrate our modules to SuiteCRM8 architecture (API, Symfony and Angular). So can we have a timeframe that the full documentation (architecture, developer guide, creating new modules,… )? Approximately when? Do you have a repo for the documentation (so we can see the process,… Also, there will come a time where it will break compatibility and use solely the new architecture, so will the new architecture has the same module loader?.. the module architecture will stay the same?..
Thanks for the reply in adv.

Congratulations on Suite 8, it’s looking great and the architectural move to Symphony + Angular is very well designed, in the way that it integrates the Legacy code behind it and allows us to progressively move it to the new world.

I wish the feature goals would have been different, some basic features (email, templating) needed more attention than UI, in my humble opinion… but what the heck, this is an immense step forward and I am grateful to SalesAgility for all the investment made in SuiteCRM 8.

Regarding specific feedback, let me start with just one thing: please improve the use of vertical space. There’s too much unnecessary scrolling going on. Very often one goes into a detail view just to check on a subpanel… and how far below is that? Scroll, scroll, scroll.

Specific possible improvements, which shouldn’t be too difficult to make:

Maybe also move that “Your last interaction” tip thing somewhere else, on the same line as the record title name, perhaps. Or to the sideline.

That “Overview”, “more information”, “other” is terrible UI design, it is either useless or else makes them go fishing for their field over many panels… and too many people who can’t design a database just pile up dozens of fields in panels

. Any way, that’s just a left-over problem from the SugarCRM days. My suggestion (for now) is just to ensure it doesn’t use vertical space (at least optionally). 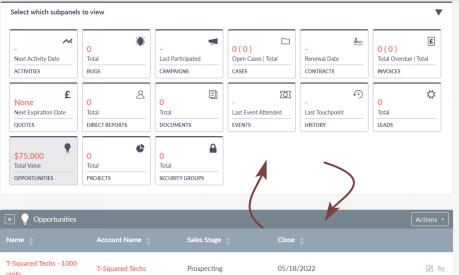 The general purpose of my suggestions is to make the often-critical top subpanel data appear, not on vertical pixel 1650 (!) like now, that’s 3 page down keys, but rather on the initial screen, visible without scrolling.

Thank you for your feeback!

For the Due date issue we had already spotted that during our tests. It has already been prioritized.

Would you be ok with creating issues bugs in SuiteCRM-Core repo, please? If you don’t have a chance I can create them.

Yet again, thank you for your feedback.

Thank you for your feedback!

This is one of our top issues, that we are hope to address very soon.

Would you like to create an issue on SuiteCRM-Core github repo? If you don’t have a time I can create one.

Welcome to the community!

and thank you for trying out SuiteCRM 8 and your feedback.

Regarding the questions you’ve mentioned:

Our plan is to continue releasing more and more documentation as we go along.
We are focusing on the new parts first. Mostly the new front-end extension framework and how to extend the new Suite 8 backend.

We have just released the first articles on the front end extensions, you can find the on Developer Guide. From this guide the current status is:

Yes, its the following one. 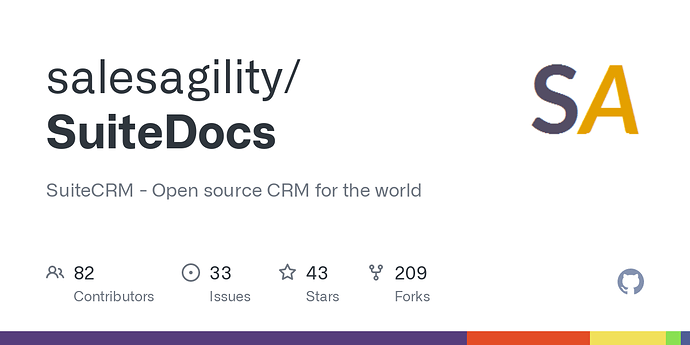 SuiteCRM - Open source CRM for the world. Contribute to salesagility/SuiteDocs development by creating an account on GitHub.

From a metadata perspective, you should be able to add all new module metadata using the existing module structure.

The module loader has been updated to support adding SuiteCRM 8 side extensions to the /extensions folder. More documentation on that soon.

Regarding the module architecture, at the moment is mostly the same, with same metadata and same place to add the files. However, there are some new module specific files that can only be added on Suite 8 side, like “Statistics” (chart data and others) for example.

Hope this helps. If you have more questions or any of the above wasn’t clear, please feel free to reach out.

Thank you for your feedback!

From your feedback, the one we have an alternative to at the moment is the “Overview”, “more information”, “other” tabs. You should be able to change the detailviewdefs metadata to show them as panels , would that be better?

A post was split to a new topic: Suite 8 using LDAP

A post was split to a new topic: Editing Module menu filters, i get a blank page SuiteCRM 8

It is better usability to NOT have the label as big font- but to have the field value as big - because the user is constantly reading the values - so they need to be prominent to the eye.

A post was split to a new topic: Installing SuiteCRM 8 Development mode