👩‍💻 Check out our latest job positions here 👈 or send us a PM for more info.

My experience with the new editor is terrible. The editor doesn’t allow to edit the overall html code. It inserts all sorts of weird paragraphs to the html.

I ended up using microsofts web expression and inserting the resulting html code in the database through phpMyAdmin.

Edit option box is always standing in the middle of the screen in most cases one needs always to scroll up and down.

I cannot understand why some freely available html editor are taken which are proven and good.

can someone at suitecrm introduce a button to be able to edit the html???

When you click on the body of the email

the editor pops us

You can now edit the code

Taufique, Thanks for this response, but isn’t this only the 1 container, and not the full email ?

I tried this already, but pasting a full designed responsive email in this 1 container screwed up the suitecrm interface. AND i could not reach any edit button afterwards.

If you have some insights that allows us to circumvent Mozaik, and just send a nicely layedout responsive email straight from HTML that would be great.

this is the instruction I got from another forum member to get the old editor back, credits to mayer
having posted this I did not have the chance to try it yet. If someone tackles this please leave a post if you were successful.

Tried that in various setups, dont get, doesnt work, or does not get activated.

I wish that i could send a nicely professional looking email via Suitecrm. Which is not achievable with the Mozaik Feature. Just paste html and edit that html.

cperrot, we are in the same boat, how to solve this ?

is that a question or a statement. What do you want to say???

I hope this helps.
I have found out how to disable the Html Cleaner:

after the first curly bracket.[/li]
[/ol]

what this will do is bypass the html cleaner.

the problem is that this is used by more than just moziak but if you do not use the email client or web form features you should be fine.
unfortunately this doesn’t stop moziak from adding it’s own markup to your email templates.

I have also found some of the code for the ‘moziak thumbs’ feature with the drag and drop template sections.

as you can only edit the source within one of these sections at a time,
and as it’s impossible to wrap all sections in one big table (center align whole email :cheer:)

this feature comes across as (to me at least) counter intuitive and takes up unnecessary screen revenue for editing templates.
A blank section would need to be inserted upon instantiation of mozaik (on new template or check if section exists?) if the thumbnail picker was to be removed as the email content needs to go into one of these sections.

not promising anything as I have other projects to work on but If I manage to complete the above I will share my findings.

Unfortunately Mozaik, as it is, is not suitable!

Nothing to argue about. The only way to avoid it from screwing email templates that I have found is by pasting the html code directly in the database.

However this has many disadvantages, among which:
. it’s not possible for any user without system knowledge
. whoever does it has to have database credentials (very dangerous!)
. if you have to rely on someone to do it for you as a user, this means that emails are not immediately available and, in certain organisations it may take days
. in any case if you just edit a campaign the template gets screwed even if you haven’t touched it
, you can’t edit throughj the template editor the template that was saved directly into the database because it both messes the interface and the template code gets completely screwed, even if you are just trying to add only a space

None. In our organisation we, reluctantly, had to purchase one of these costly mass-mail delivery systems: they have virtually no functionality but at least they preserve the templates! ANd in addition they are not easily interfaced to SuiteCRM, at least without risking to mess things up or losing information.

Alternatively I wonder If it could be possible to create a custom module that stores the html from a textarea field and add an automatic way to copy that html to the template every time the template is modified. This may be achievable with a logic hook, a scheduler (maybe risky because of the time between the modification and the update) or a workflow (same problem as previous option), or other kind of custom code.

I really hope that the issue is soon solved. However I don’t count on it too much because it has been there for months now.

Same with email configurations: it should definitely be upgraded and made much more flexible and complete.

That does not work for me for some reason, mozaik keeps adding additional html.

SuiteDevs, give us a button for edit html!

SuiteDevs, has this probleem been solved? It’s horribly annoying.

I’ve recently had trouble building a decent Email Template with the basic editor. Something I wanted to add was a Call to Action button but the editor won’t allow you to do that. So I used the “Source Code” option and managed to create a decent button that I think works pretty well and is pretty straightforward. Basically it’s a matter of how you style the anchor tag. I wrote a blog post about how to do it. 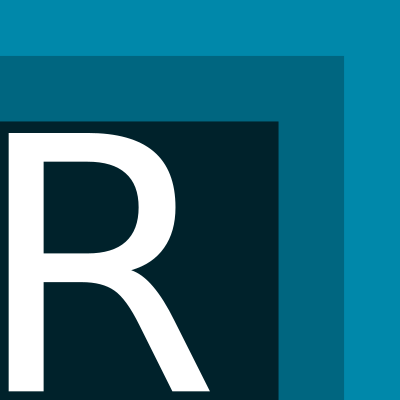 SuiteCRM is an open source CRM tool that you can use to manage your sales funnel and customer relationships to help you track and generate new business. Because it is open source it has some pretty bi

Finally, I’ve found a solution for this really annoying issue. This man has saved me a lot of hours… after spending endless time of finding a way to create a newsletter template using SuiteCRM, I’ve finally found this blog post where he described how to switch from Mozaik to either TinyMCE or plain HTML Editor: https://www.vishalon.net/blog/suitecrm-create-email-template-without-fancy-aka-ugly-mozaik-editor

I tried the suggestion from cschaal_terovania and it worked well. The only problem now though is that when I go to attach an image, there isn’t a folder icon by the input box to search for the image, so I’ve resorted to saving the image on my server and pointing the URL there.