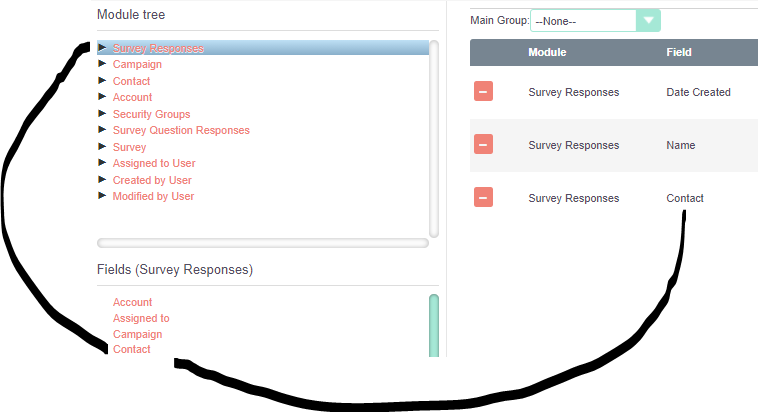 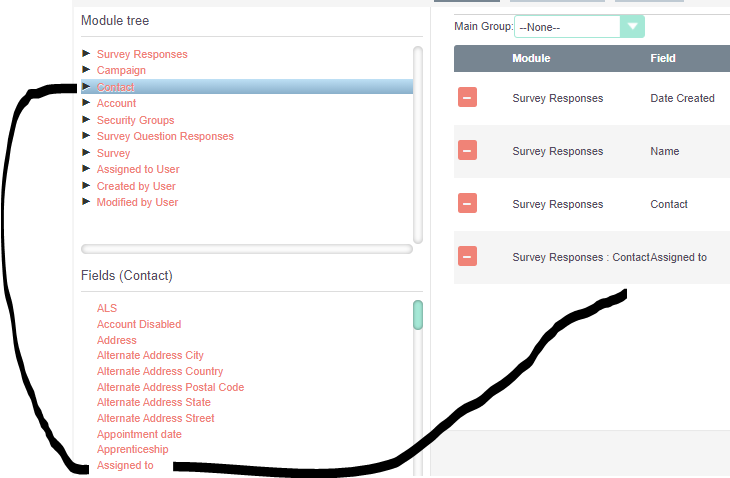 Are you still having issues with this?


I’ve had a look, and it seems as though the DB Query builds like so:


With the issue being:

As this query is looking for “surveyreponses:contact.assigned_user_id”, and it is not a valid field, the query fails and returns an empty result set

Whereas, typically, the Query will build using various JOIN statements, if the report is pulling data from multiple modules.

I would think that it is due to the unique one-sided relationship that Contacts<->Survey Responses has
(Where you can only see Contacts from the Survey Response record, and NOT vice-versa)


Unfortunately, I’m not too sure how to resolve this.

However, a potential workaround may be to add a new custom M2M relationship, via Studio, between Contacts<->Survey Responses

I’m not sure how well this would work with the OOTB Survey Functionality, but this should work as expected when used in Reports
(As the relationship fully exists on both sides)


For now, I’d recommend raising an issue via the Github Repo, if one doesn’t already exist